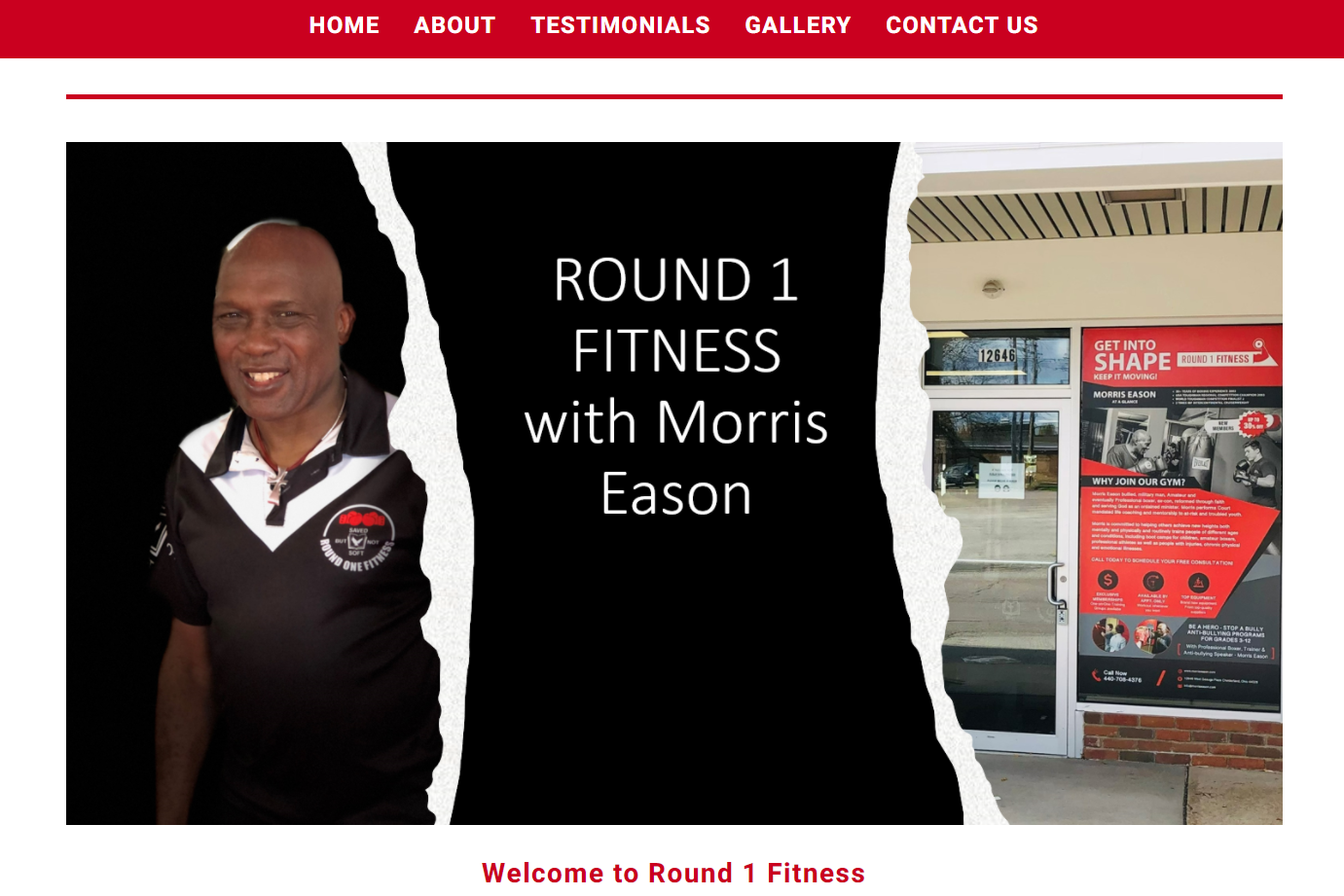 Morris Eason, the owner of Round 1 Fitness, was born in Brooklyn, New York and he and his family moved to Cleveland when he was eight years old.

Morris joined the Army and after basic training, he was stationed in Germany. It was there that Morris became one of the top United States Army European welterweight fighters.

After his service in the Army, Morris returned to Cleveland where he fought in amateur and eventually professional bouts. In the early 2000’s, Morris competed in Toughman competitions and became a National finalist, posting a record of 24 wins and 7 losses in the ring.

After his fighting career came to an end, Morris became an ordained Minister where he focuses on providing food for the homeless community and mentoring at risk and troubled youth. At the same time, Morris became a certified trainer and started Round One Fitness in Chesterland, Ohio.